SKH Architects are working to complete the final design stage of this exciting development of a finca in the Matarraña, Teruel.
The Aragonese government is offering grants for projects promoting rural tourism, and this new business venture for Belgian clients is going to add a new dimension to the current range of accommodation on offer. The grant application was submitted in August, and we are hoping for some good news at the beginning of 2012.
Conceived as a contemporary yet quietly integrated design, taking its cue from the colours, landscapes and traditional materials of the region, the hotel opens up spectacular views from each of its 10 rooms to the skyline of ‘Els Ports’, the mountain range of the National Park whose panorama is the backdrop for the various facilities of the hotel: bar-restaurant, spa-biopool, and a terrace or outdoor performance venue.
The project has evolved steadily into its current form, with a series of interventions planned within the existing terraces of a working farm of ancient olive trees.
The task in hand is the presentation of the Proyecto Ejecutivo, the Detail Design stage of the production information drawings, which has taken the design a step further in detailing and specification.
SKH Architects have undertaken the analysis of the two main buildings within the complex in order to evaluate their energy efficiency and provide the figures necessary to design the hotel’s mechanical and electrical systems. Being off-grid, although in a position to contract a limited electrical supply from the nearby power lines, these calculations have been an important factor in the design.
In Spain, as in most EU countries, there is a difference between the energy rating analysis required by regulations, and a rating which is obtained on a voluntary non-regulated basis. Kown as the ‘Certificación Energética’, and required now since November 2010, the former derives from the EU Directive 2002/91/CE. The Spanish Real Decreto 47/2007, de 19 de enero, which approves the basic procedure for the certification of energy ratings for all new buildings, obliges developers and owners of buildings included within its scope to provide potential buyers of the property with this certificate.
The certificate includes information about the energy characteristics of the building, and specifically the CO2 emissions associated with its use, in a way that permits the evaluation and comparison of its energy performance and promotes investment in buildings which are highly efficient in their energy use and in energy-saving installations.
We are familiar with the tools required in the production of the ‘Certificación Energética’ and its ability to influence key design decisions in early stages of architectural projects. With this hotel, the first moves had been made with bioclimatic factors in mind which already influenced its orientation and basic volumetrics. By now further investigating the options available in the build-up of the external facades it was possible to finalise detailed drawings in the confidence that the building was going to be as energy efficient as possible given budget constraints.
Most problematic were the large south-facing windows which were shown clearly to require either complete summer shading or highly insulating glass. As a compromise, we have opted for fixed partial shading, high quality glass and internal shading with a known solar factor. The figures allow us to seek components on the market which produce the result which the analysis has determined, and to play with different means to obtain this result in terms of their relative cost.
A very useful excercise, and one which gives the client confidence that the building not only looks good but performs with the kind of long-term running and maintenance costs that are accommodated within his business plan.
In 2012 we are planning to explore further assessment methods such as BREEAM in order to be in a position to further evaluate environmental optimisation but on an internationally recognised scale and for buildings at all stages of their life cycle. 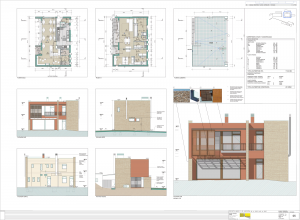 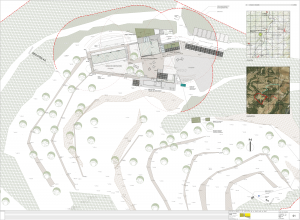 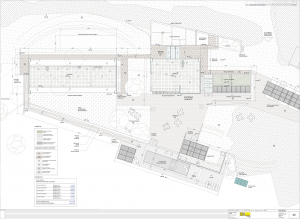